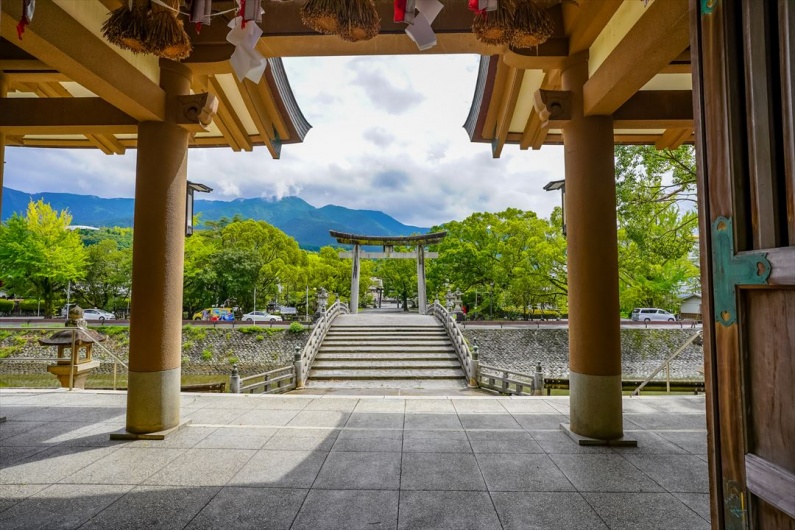 Nicknamed Wareisama by worshippers, and widely admired as the protector of industry in general and fishing industry in particular, the temple is until today a popular and beloved place. The giant stone Torii, the Otafukumen or Hanadakamen are considered as Japan’s number one and all worth a visit. ※ Torii, is the entrance and division between the secular world of the humans and the Shinto sanctuary. ※ Otafukumen, is the mask of the god of luck and happiness
※ Hanadakamen, mask of the god with a high nose

This arched bridge across the Sukagawa river connects the Warei shrine and Warei park. During an air raid on Uwajima it had escaped miraculously the destruction, although some marks of the bombing remain and the handrail was partly destroyed. Since it has become a symbol for Uwajima’s hope for peace.