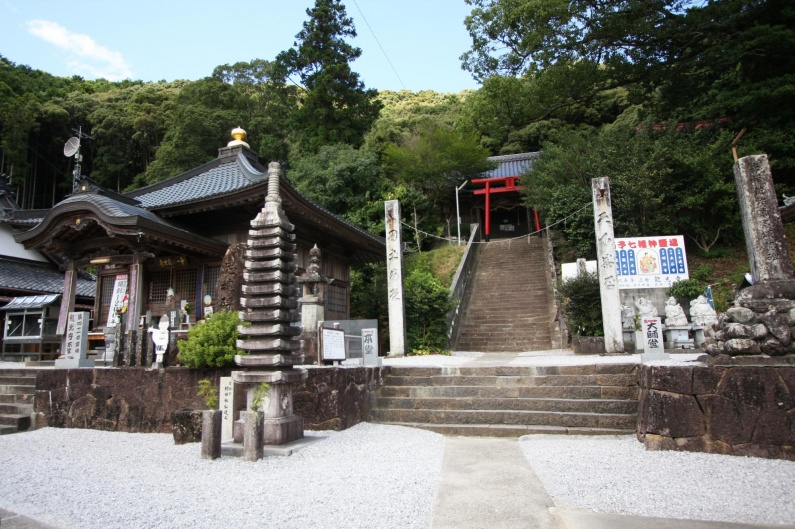 Shikoku’s pilgrimage’s 41st temple catches the eye with a red torii at the temple gates. Widely known as “Mima’s Oinarisan", it’s origins go back to an anecdote about Kobo Daishi who was on his preaching trip. From the summit, you can overlook the distant Mima plains.
※ Shikoku eighty-eight sacred places, are 88 temples related of Kobo Daishi who opened the Shingon sect, one of Japanese Buddhism sects.
※ Torii, is the entrance and division between the secular world of the humans and the Shinto sanctuary.
※ One of Japanese deities
※ Kobo Daishi, was a buddhist monk of the Heian period and the founder of the Buddhist Shingon sect.


There is also an Inari-jinja (Shrine). From ancient times the shrine is befriended with “Mima’s Oinarisan”. Enshrined on the grounds of Ryuko-ji The main shrine is a representative of the shinbutsu-shugo era and a registered tangible cultural property of Uwajima. ※ shinbutsu-shugo is the syncretism of Buddhism and kami worship