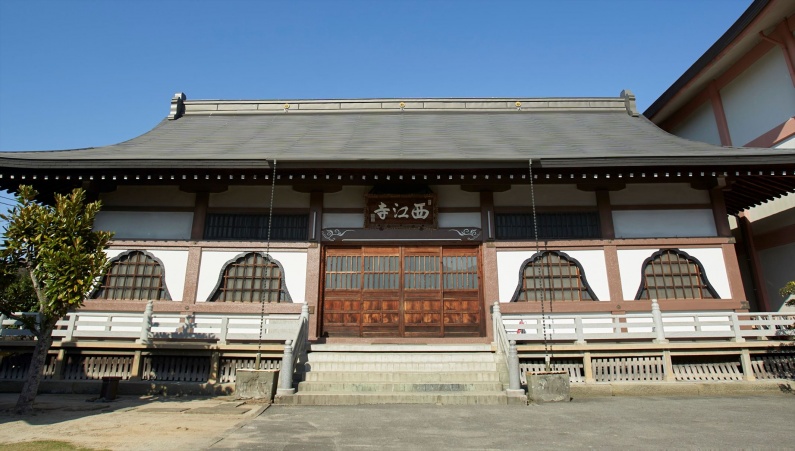 Seigoji Temple is famous for an early Edo period Momoyama style garden and the gravesite of Maebara Kozan, who built a steamboat for the Uwajima clan. Especially in February it is crowded with people, who come to see “Enma Matsuri” during that Enmadaio illustrations are unveiled to the public. ※ Momoyama period is a period of medieval Japan (about 1573-1603) ※ In Hinduism and Buddhism Enmadaio is the king of the underworld and the judge over the sins of the dead, which they committed during their lifetime.